At the beginning of 2018, LauraLynn, Ireland’s Children’s Hospice was selected as Charity Partner of the Year by the daa, alongside the Irish Motor Neuron Disease Association and Snowflakes for Autism. 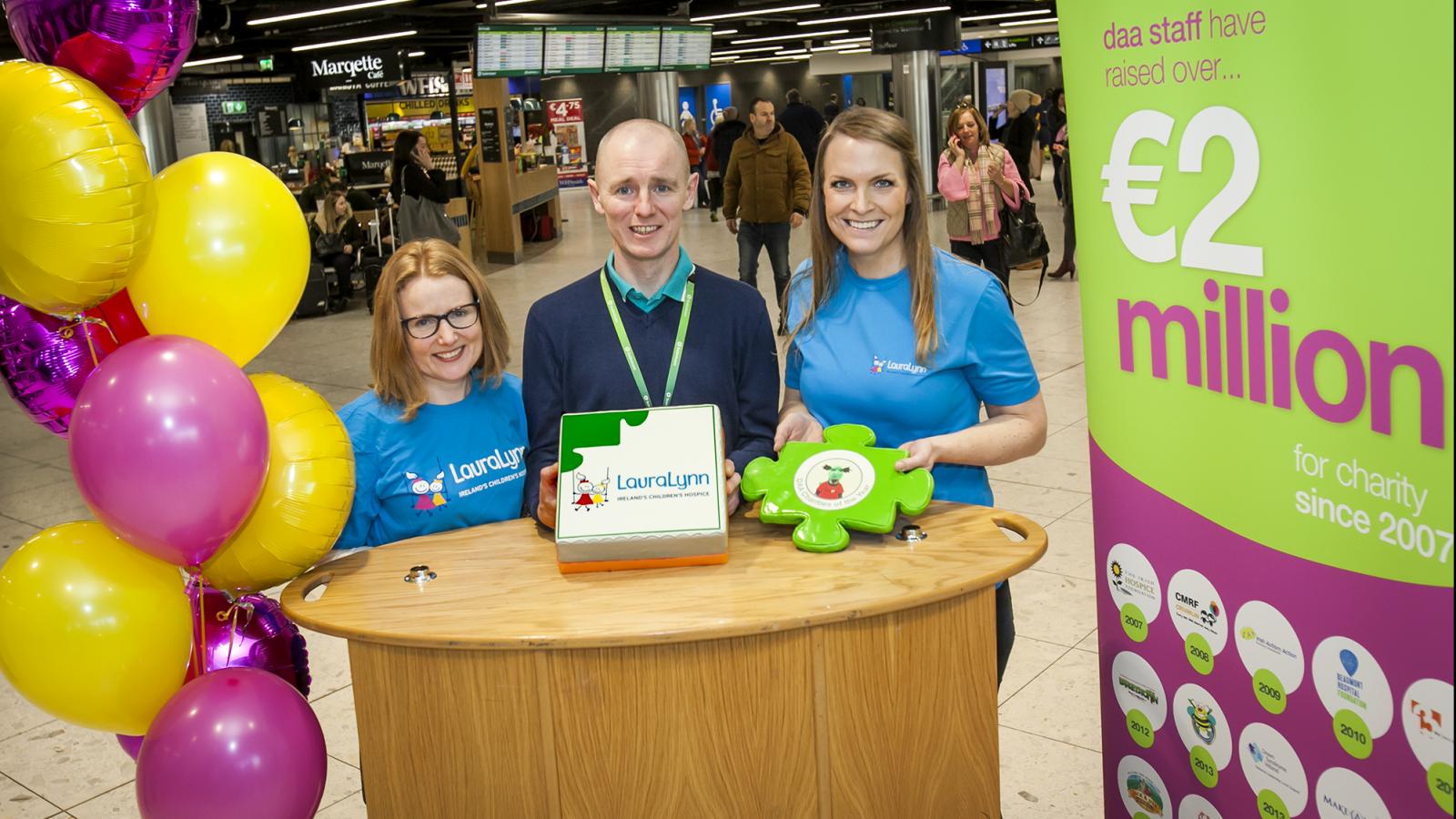 2018 saw daa employees, supported by the company and members of the public, raise a phenomenal figure of €315,000. Staff raised the money for their chosen three charities through a series of events, while the daa also made a significant contribution to the fund. Members of the public also contributed to the final figure, by donating to cash collection points throughout the airport.

daa’s Charities of the Year scheme, which is one of the largest such programmes in the State, was established in 2007 and over the past decade it has raised more than €2.6 million for a total of 24 Irish charities. The scheme is managed by daa staff who also select the charities to benefit each year.

daa Chief Executive Dalton Philips states; “I am immensely proud of the continuing support and unwavering passion of daa staff in raising this huge sum of money for charity every year. The €315,000 raised last year will make a real difference to people’s lives, and on behalf of our three charity partners I would like to thank staff and passengers who so generously contributed to the charity fund over the past 12 months. We’re acutely aware that these funds have the power to transform lives for the better.”

LauraLynn Children’s Hospice Chief Executive Orla O’Brien, states; “I want to extend my gratitude to the staff and supporters of daa for their commitment and passion to their fundraising efforts over the last 12 months. Your donation will make such a huge difference to the families and children of LauraLynn and will enable us to continue providing our ongoing care, support and services. For that we are so grateful. Thank you.”