Ireland AM star Alan Hughes dropped in to LauraLynn, Ireland’s only children’s hospice to launch National Children’s Hospice Week, which this year runs from 20th – 26th May. 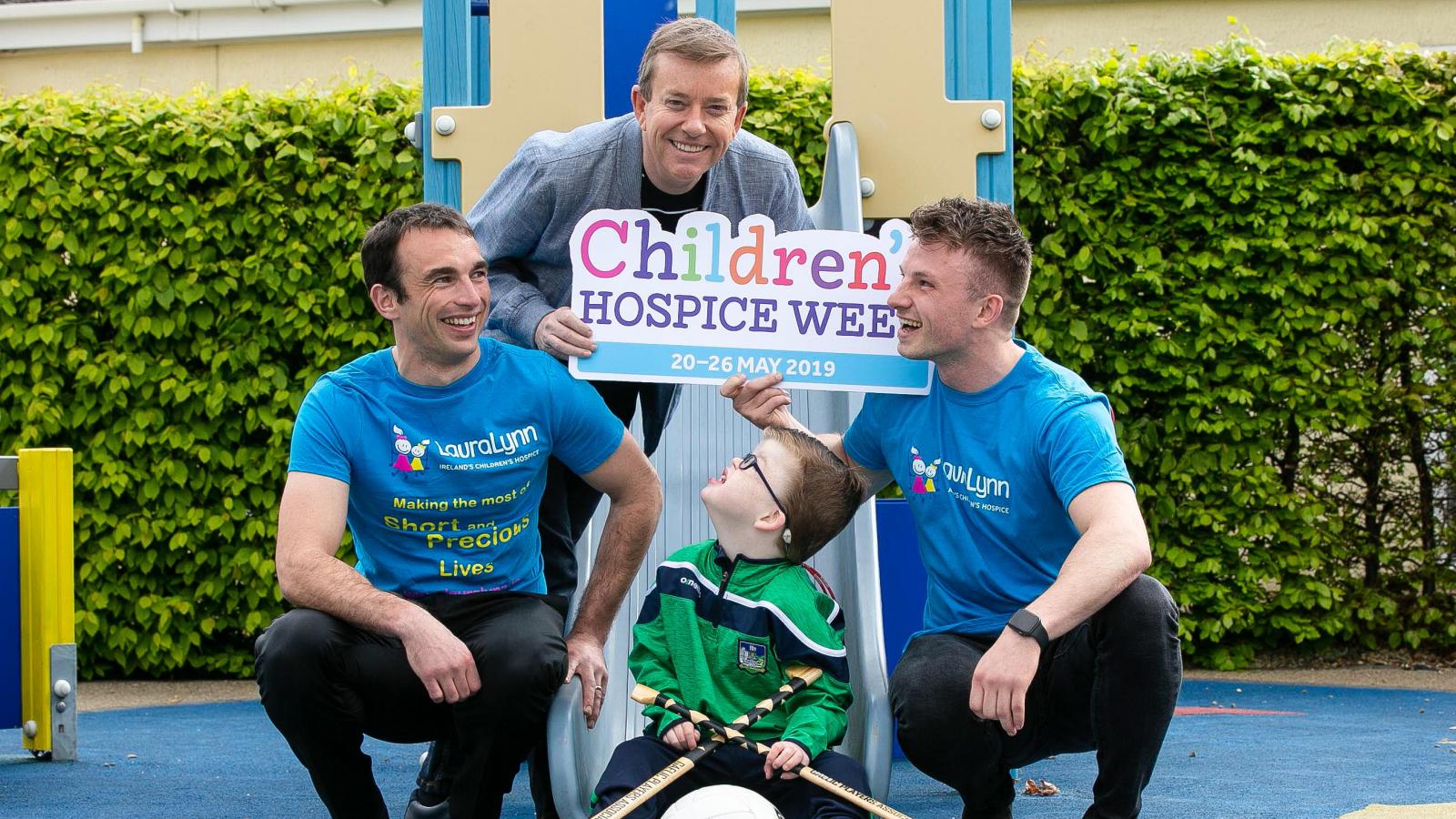 The annual campaign will involve a number of exciting events aimed at raising awareness and vital funds for children’s hospice care in Ireland, with coverage across the week on Virgin Media’s flagship shows. The pinnacle of the week long partnership will be a Children’s Hospice Telethon hosted by Hughes which will air from the grounds of LauraLynn on Wednesday, May 22nd 2019.

We also had intercounty stars Eoghan Kerin, James McCarthy, Tommy Doyle and Gareth Dillon from the Gaelic Players Association (GPA) on hand to help launch the fifth National Children’s Hospice Week campaign, which this year is themed “Moments that Matter”. This focus highlights how precious time is for children with life-limiting conditions and their families. Capturing and savouring the big and small moments every day can accumulate into valuable memories to cherish for years to come.

Orla O’Brien, CEO of LauraLynn, commented: “This year alone LauraLynn requires €5 million to maintain services, of which €4.3 million must be raised through fundraising efforts. So events such as National Children’s Hospice Week are critical in achieving this target. As Ireland’s only children’s hospice, we provide vital palliative care services for children with life-limiting conditions, because a hospice focuses on how a child and their family can live at home with their condition and provides support to the wider family who are often under immense physical, emotional and financial pressure. LauraLynn supports the whole family and focuses on the quality of the child’s life to make the most of their time together.

“We are extremely grateful to Ireland AM and their generous viewers for their continued support of National Children’s Hospice Week and the energy and commitment they bring to the week; it’s fantastic.”

Ireland AM Producer Sinead Ryan of TV3 said: “Ireland AM and Weekend AM are really excited to be involved with LauraLynn for Children’s Hospice Week for the fifth year running. Since 2015 the show and our viewers have raised more than €350,000 to continue to the work of Ireland’s only Children’s Hospice but they need so much more”.

Encouraging the public to tune in to the special telethon show on Wednesday 22nd May, Ryan went on to say “National Children’s Hospice Week is a great week for Ireland AM and Weekend AM to be involved with, so we’re delighted to be doing it again this year. Not only are we helping raise vital funds to ensure children and families have the care they need, we are also helping to show viewers at home how unique and fun a place LauraLynn is.”

Paul Flynn, CEO of the GPA, added: “We are absolutely delighted to be involved with the LauraLynn Hospice and helping to raise awareness of Children’s Hospice Week. The work carried out here is fantastic, it is vital to ensuring the best possible care for sick children from all over Ireland but also to provide support to their families in one of the most difficult times they will ever face. Sport is an important part of children’s lives and as Inter County players our members are seen by children around Ireland as heroes. Because of this we feel that it’s important to give something back and support initiatives like this. We encourage everyone to get involved in some way over the coming week and help the LauraLynn Hospice reach their fundraising target.”