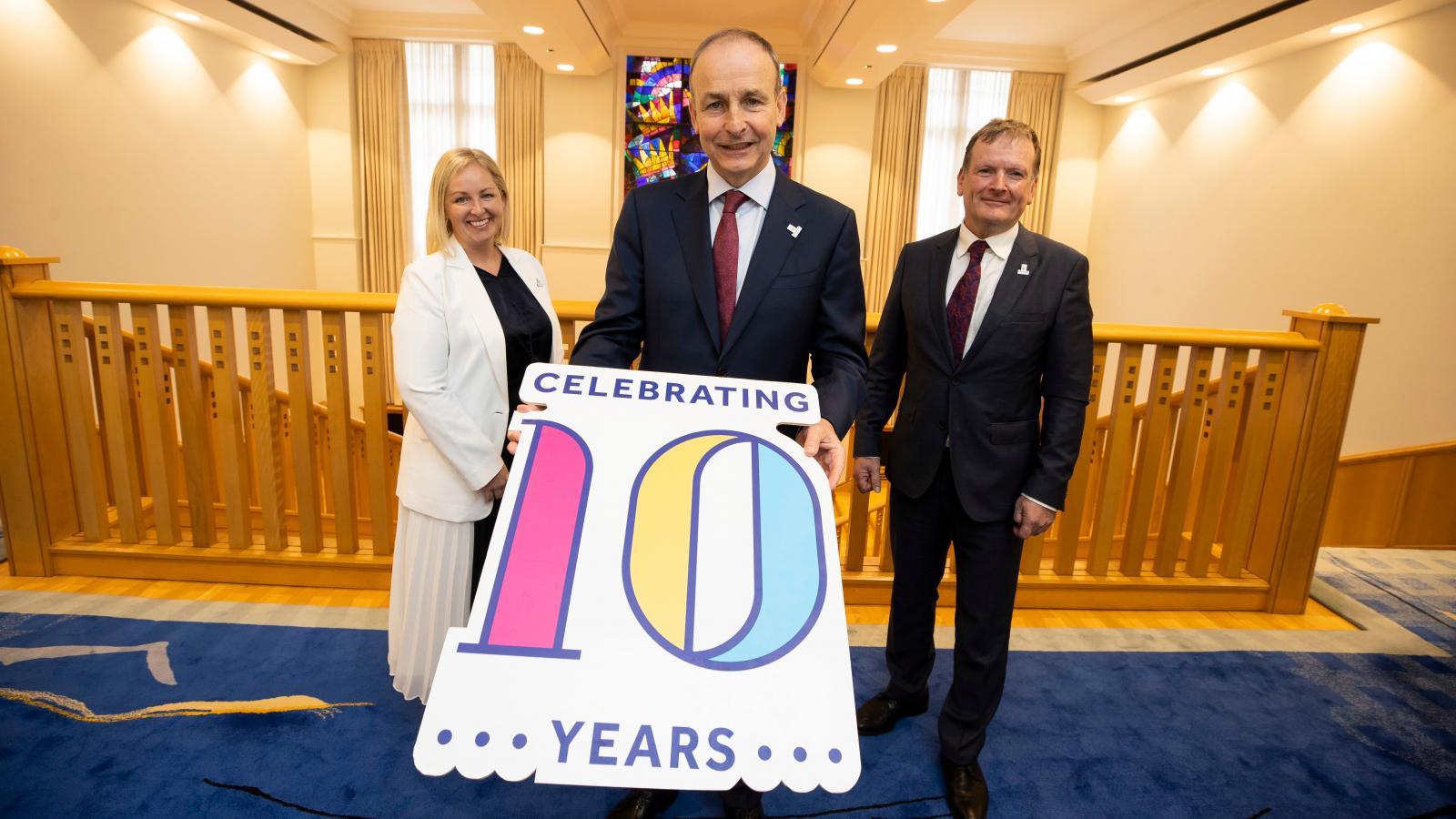 LauraLynn Children’s Hospice met with Taoiseach Micheál Martin today at Government Buildings following on from LauraLynn’s recent announcement to expand its services including establishing an on-the-ground presence in the Munster region.

Bereavement Care will continue to be offered to a further 200+ families yearly. The expansion will see an increase in the care provided in the Leinster region from LauraLynn’s campus in Dublin 18, as well as the development of Regional Hubs, bringing care closer to children’s homes nationally. Plans are underway to establish LauraLynn’s first Regional Hub in Cork to serve children and families in the Munster Region

Research suggests that there are more than 3,840 children living in Ireland with life limiting conditions; approximately 1,900 children have palliative care needs; and up to 720 of these children require specialised hospice care as their health is unstable, deteriorating or at end-of-life.

Currently, there are 188 children in the Munster region who are estimated to have palliative care needs, who are deteriorating or at end of life. Since opening in 2011, LauraLynn has provided care and support to 84 children and their families from across Munster.

‘’We were delighted to be able to meet with the Taoiseach and take him through our plans to expand our specialised services and reach more children and families across the country. We are aiming to support significantly more families in the Leinster region by maximising the resources of our existing facility in Dublin. The opening of a satellite service in Cork will bring services closer to children across the Munster region and will enable families to get the care and support they need closer to home which is something that we know is extremely important. In the last 10 years LauraLynn has supported more than 2,500 people. Caring for more than 520 children and providing support to more than 2,000 mums, dads, brothers, sisters and direct family members, we want to be able to bring that level of support to more and more families who need us over the next decade.’’

Since opening in September 2011 more than 436,368 hours of respite, crisis and end-of-life care has been provided in LauraLynn’s Children’s Hospice. 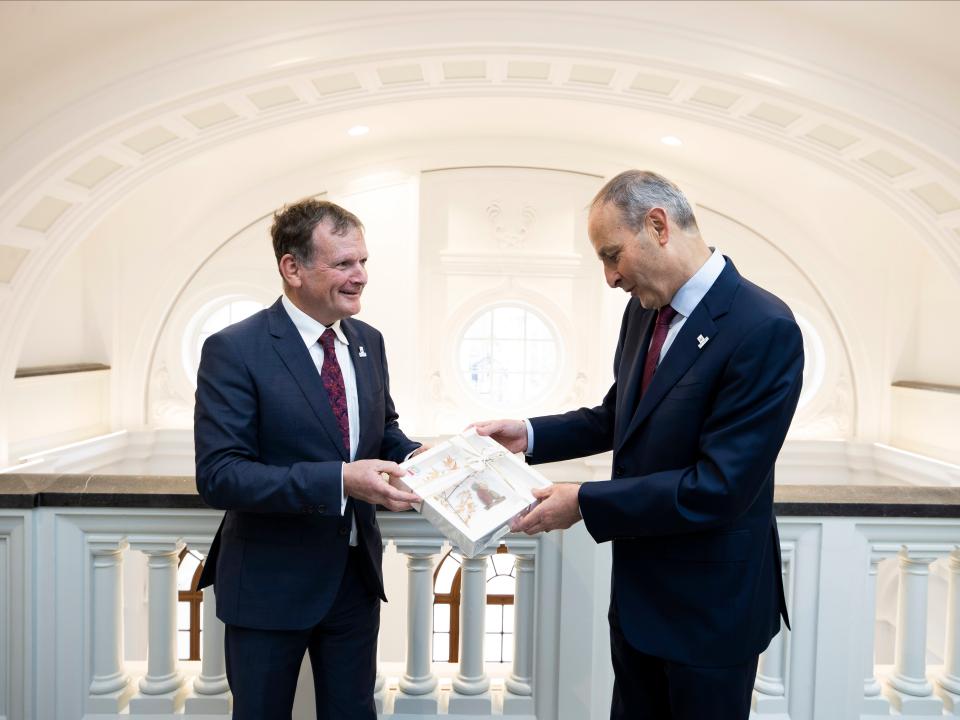 Chairperson of LauraLynn Children’s Hospice Niall McHugh (left) is pictured presenting a gift hand made in the hospice to Taoiseach Micheál Martin .

Chairperson of LauraLynn Children’s Hospice Niall McHugh (left) is pictured presenting a gift hand made in the hospice to Taoiseach Micheál Martin to mark the charity’s ‘Decade of Care’ 10th Birthday celebrations. LauraLynn has announced plans to double its reach from 220 to 400 children and families per year availing of its vital family-centred care by 2024. A further 200+ bereaved families will also receive support yearly. The expansion will see care in Leinster increase, as well as the development of Regional Hubs to bring specialist hospice care closer to children’s homes nationally. The first Regional Hub will be established in Cork to meet the needs of the Munster Region. LauraLynn, Ireland’s only Children’s Hospice, has cared for more than 520 children with palliative care needs and their families from across Ireland since its opening in 2011.