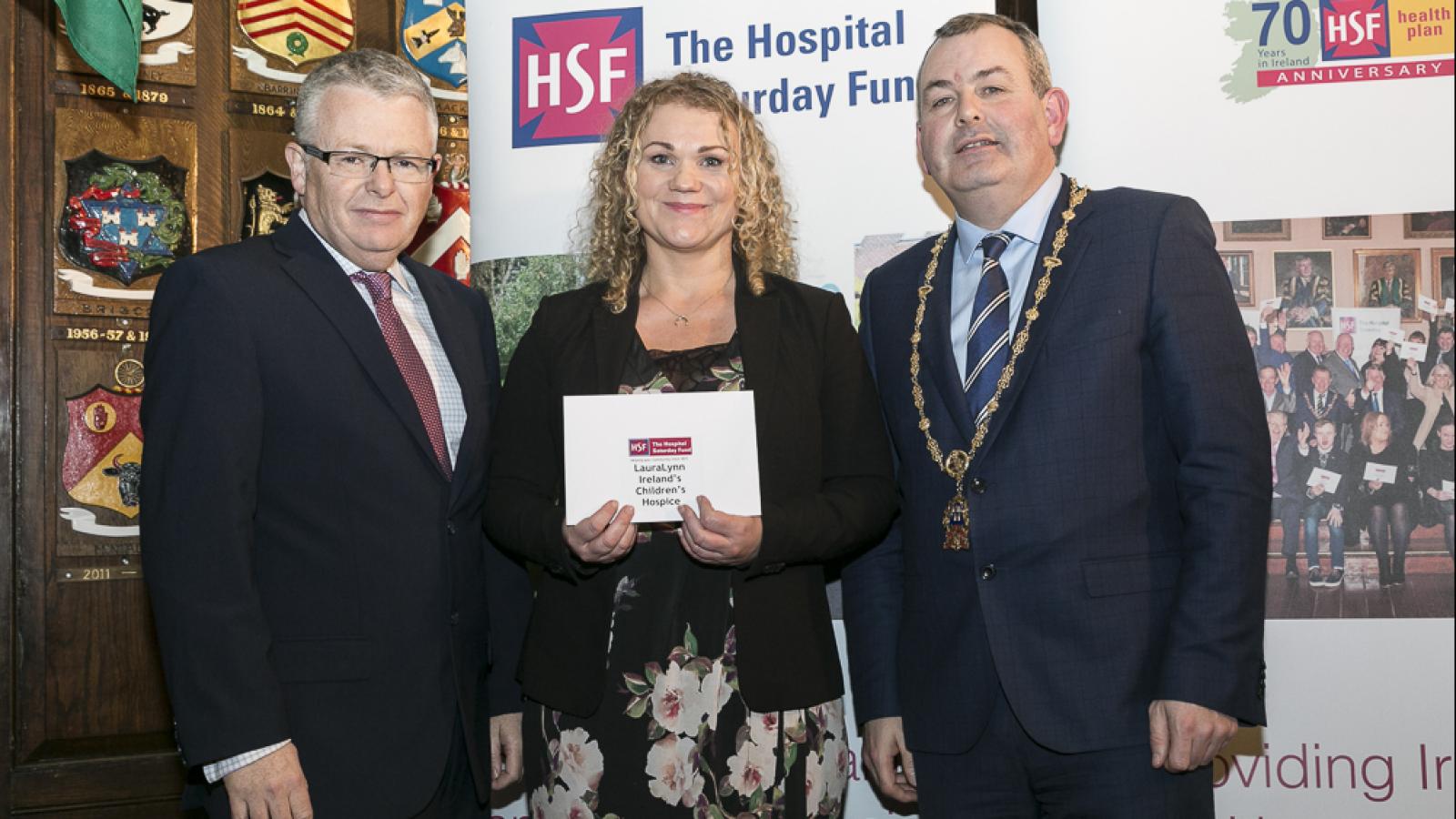 Twenty six Irish charities including LauraLynn, Ireland's Children's Hospice received donations from The Hospital Saturday Fund (HSF) at a special reception at the Mansion House in Dublin on Thursday, February 20th 2020. In total, €120,000 was donated to the charities at the event, which was hosted by The Hospital Saturday Fund Vice President and The Lord Mayor of Dublin, represented on the evening by Deputy Lord Mayor, Councillor Tom Brabazon.

A medial elective grant was made to University College Dublin towards their Summer Student Research Award Programme.

Paul Jackson, Chief Executive of the Hospital Saturday Fund said: “We are delighted to continue the tradition of supporting many wide-ranging charities in Ireland, many of which are less well-known. The Hospital Saturday Fund is honoured to support the efforts of such deserving charities and help in some way towards the exceptional, tireless work that they do in making such a huge and positive difference to people’s lives.”

The reception also celebrated HSF's health plan and its 70th Anniversary of working in Ireland in 2019. Mr Jackson commented: "It is reassuring to know that since 1949 we have been helping families and individuals in Ireland with the cost of their everyday medical bills.

With all of our profits going to our parent charity, The Hospital Saturday Fund, which then makes donations to medical charities, hospitals and hospices, everyone who takes out a policy with us is really helping to make a difference to their local community."

In 2020 the Hospital Saturday Fund will give €2 million in donations and grants to medical charities for care and research, hospices and hospitals across Ireland and the UK. Assistance will also be given to individuals whose illness or disability has caused financial difficulties.