Our beautiful twins were born on the 29th November, 2011. Leo arrived just three minutes after his sister Molly. 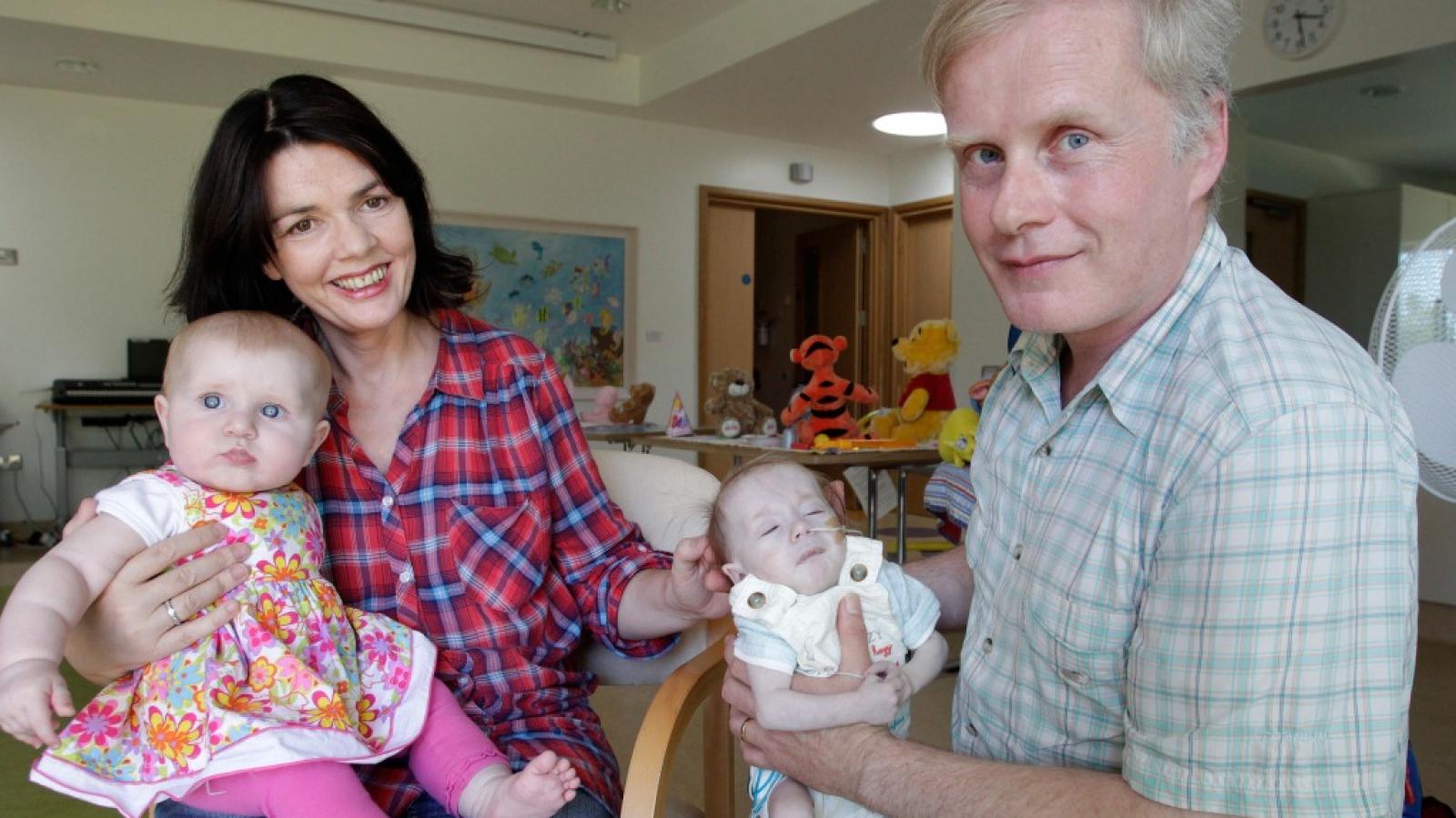 There had been some anxiety surrounding the birth as we had known since a 20 week scan that he would arrive with a congenital heart problem, known as Hypoplastic Left Ventricle, where the left side of the heart does not develop correctly. We had been told that with surgery, that a relatively normal life would be possible. He was transferred to Crumlin Hospital shortly after his birth, and went straight into intensive care. After a couple of emergency surgeries we were given the sad news that his heart condition was inoperable. We were told to prepare for the worst, that he would probably only live a matter of weeks. We had him baptised!

In a daze, we managed to bring Leo home, and with Jack and Jill and Blackrock Hospice, fumbled along for a few weeks. He had arrived home with a barrage of medication and was in constant pain. On one occasion he was so poorly we thought he was about to die. Our biggest ambition for him was to see him smile, to be happy, pain free, if only for a short while and to have our new family whole again. We had beautiful twins!

In a matter of weeks we were told about LauraLynn, and in February 2012 Leo was given a place there as an end-of-life palliative patient. That’s really where our journey with LauraLynn, Ireland’s Children’s Hospice began.

From his mother Catherine sleeping beside him with his sister for what seemed like forever, to the many “quick wins” the staff had with him, we eventually had a little boy who began to smile for us. At first from an occasional raise of an eyebrow to a full blown face cracking grin. It was so hard to believe that Leo was living on a precipice every day, brought home to us on five different occasions when his heart stopped.

LauraLynn gave Leo back to us in the sense that we became the family we were supposed to be. He spent every day with his twin sister and she learnt to crawl, stand and finally walk in the grounds of this second home of ours. Leo followed her every step with his famous grin!

As time went on and he appeared more stable, LauraLynn helped us to transition Leo home, and they were with us at every step.  Our babies played together on our bed every morning and night – memories we will treasure forever.

Leo was with us for a total of 570 days – almost 19 months. The patience and endurance, the meticulous care and not least the love that he received from everyone around him gave us more than we had ever expected or hoped for. Leo passed away suddenly but peacefully on Friday 21, June 2013 in LauraLynn.

We learnt to ‘live in the moment’ with Leo thanks to LauraLynn. We know he is watching over us and his beautiful sister.