Conall loves being the centre of attention and just celebrated his seventh birthday! 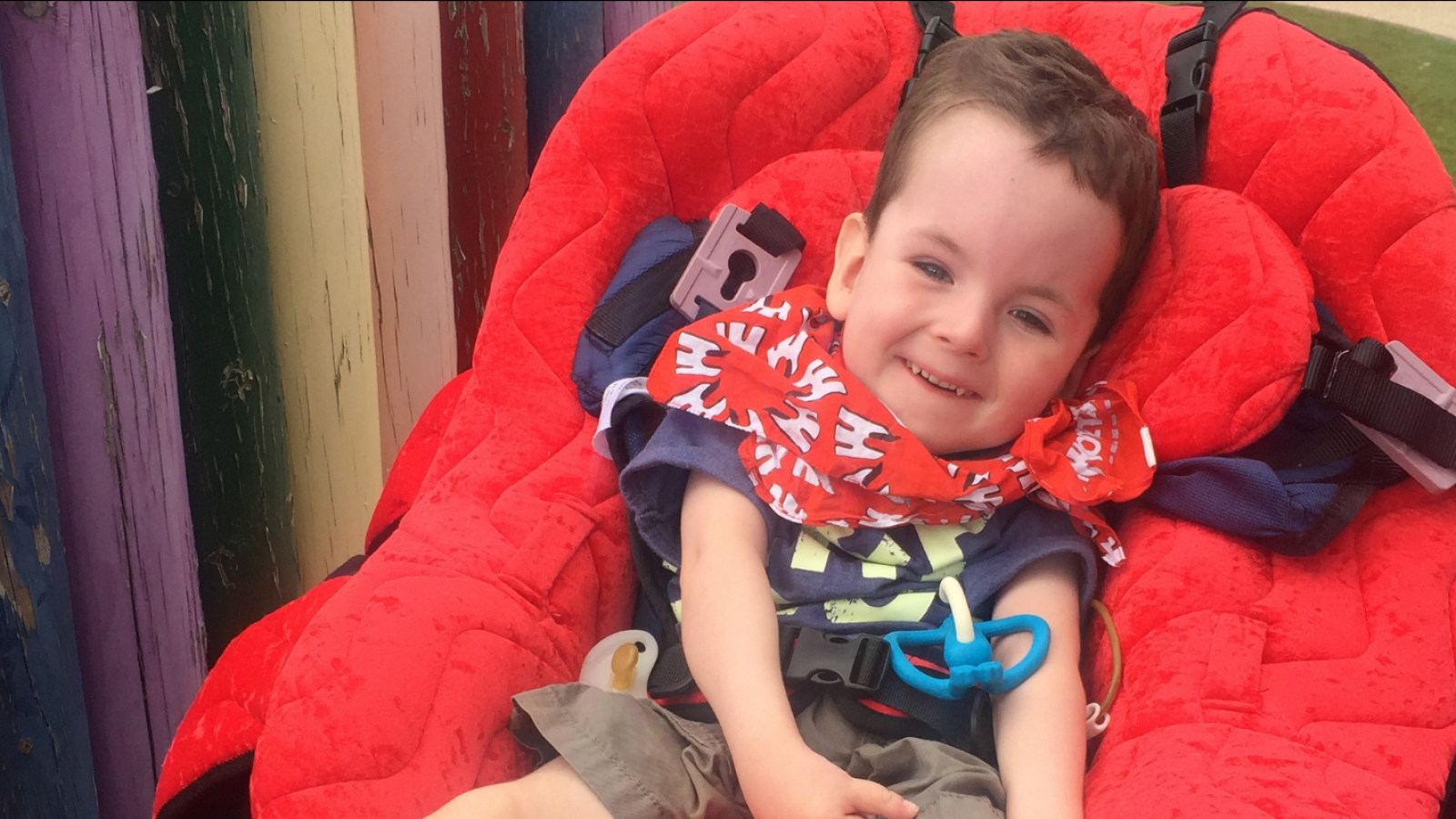 Conall is a happy, sociable seven-year-old little boy who loves to clap hands and blow kisses to everyone, especially his older brother and sister. He’s always the centre of attention, especially when he visits LauraLynn.

Conall was born with a life-limiting condition. At the 20-week scan, his parents were told that he might not survive the birth but Conall just celebrated his seventh birthday and has defied all the odds! Reaching seven was a big milestone and Conall had a great day celebrating with lots of games, music and cake.

Conall and his family have been coming to LauraLynn since Conall was two-years-old. It’s a long journey for the Shiels' as they live in Donegal and the drive can take more than four hours but the stress and strain of that overheated, emotionally-draining drive melts away when they walk through LauraLynn's doors.

Splashing in the Sensory Bath is one of Conall’s favourite things to do at LauraLynn. His mum Aoife remembers a little moment that still stays with her: "One memory I’ll never, ever, ever forget is giving Conall his first sensory bath at LauraLynn. In the bath he’s relaxed, he’s happy, and he sleeps so well after."