Eoin is a happy, fun-loving boy who is happiest when going on adventures with his lightsaber! 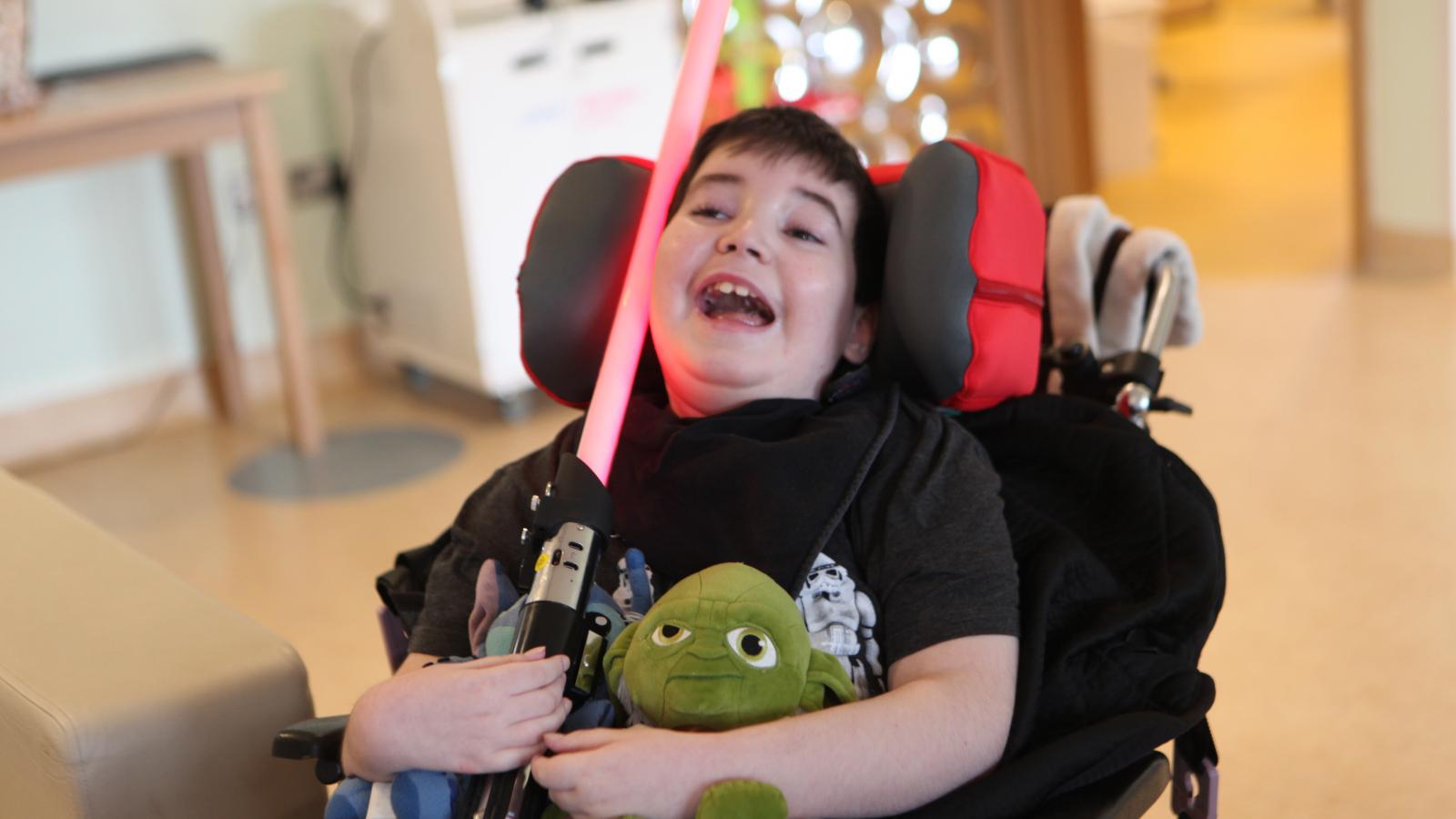 Eoin is 11-years-old and enjoys playing pranks and has a love for all things Dr Who and Star Wars!

Eoin has lots of friends in LauraLynn House and his great sense of adventure means it's always great fun when Eoin is around! Eoin loves getting messy with an arts & crafts session with LauraLynn's Activity Coordinator Mags.

Eoin is also a huge fan of music. His Music Therapy sessions with Helen and Anna are a firm favourite! A dip in the Sensory bath followed by a hand and foot massage, are also high up on Eoin’s list when he visits LauraLynn!

Eoin and his family have been coming to LauraLynn for a couple of years now. Up until the age of five, Eoin was a healthy little boy. His parents started to notice some subtle changes, mostly relating to his balance and speech. After lots of tests, Eoin was diagnosed with a life-limiting condition just after his sixth birthday. Unfortunately, Eoin’s condition progressed very quickly and in the space of a couple of months, Eoin lost all ability to do things for himself.

Reluctant to avail of help in the beginning, Eoin’s family decided to visit LauraLynn about one year after Eoin was diagnosed. They were met with kindness, support and a sense of understanding and LauraLynn's care and support is now a life-line to their family.

Eoin’s mum, Avril, says: "We don't have to worry when he is there as the staff love each kid as if they were their own. All the staff are invaluable, we would be lost without their ongoing care and support. Eoin would love to say the biggest thank you to each and every one of the staff and everyone who supports LauraLynn."