Microsoft Ireland, a valued and long-standing partner of LauraLynn, has raised an incredible €270,000! 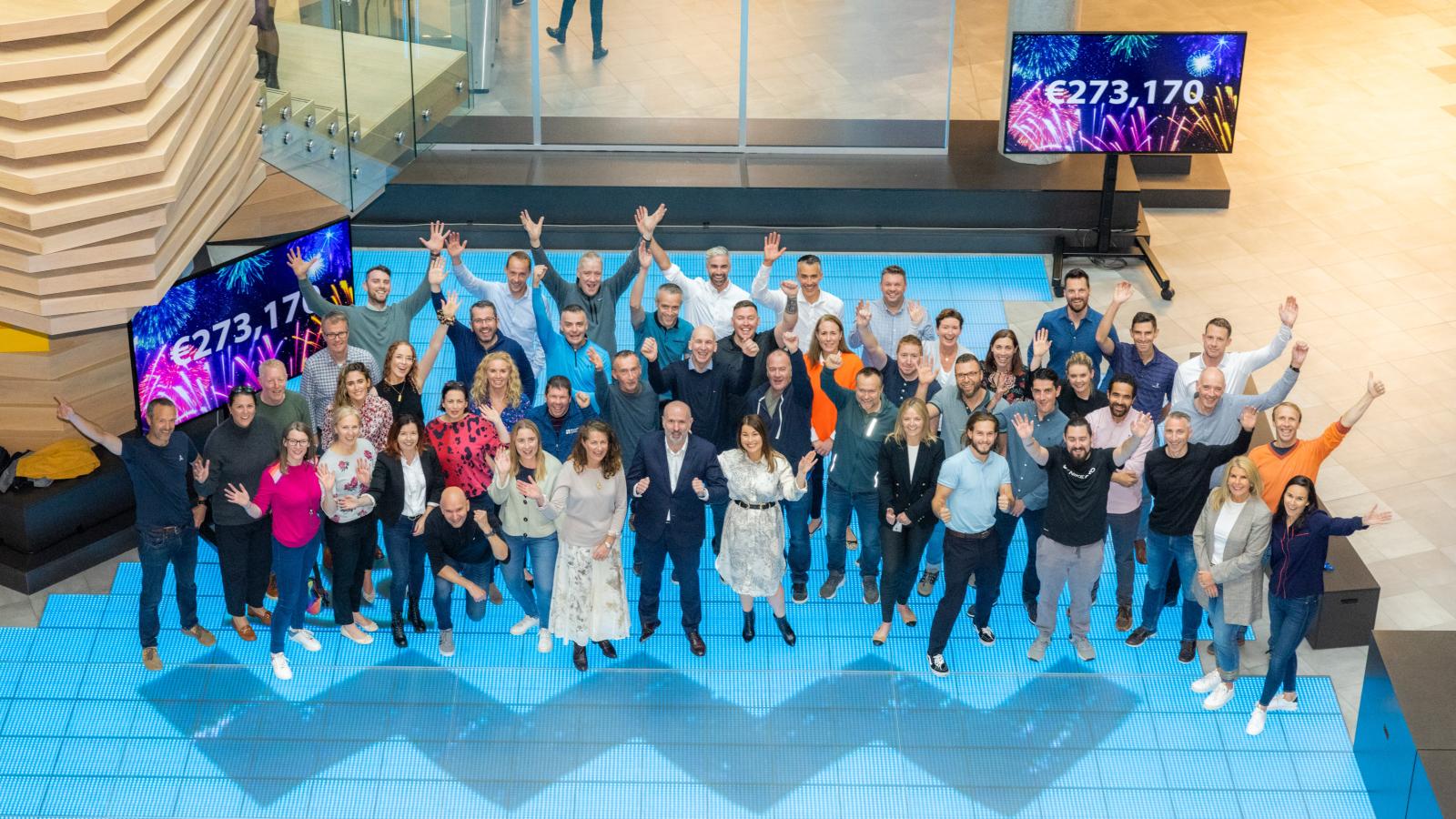 Microsoft Ireland, a valued and long-standing partner of LauraLynn, has raised an incredible €273,170 during their annual month-long fundraiser in aid of Ireland’s only Children’s Hospice.

Employees from Microsoft Ireland successfully completed the month-long fundraiser which saw the team raise over €270,000 – breaking the €150,000 fundraising target set for this year’s initiative. This brings the total amount raised through Microsoft’s annual cycle for LauraLynn since it began in 2014 to an incredible €840,000.

This year’s charity fundraiser, The Microsoft Way, saw Microsoft Ireland employees take part in a number of activities, including walking, running, swimming, and a cycle along the Wild Atlantic Way. As part of this cycle, a group of 100 cyclists and support crew travelled 350km along the Wild Atlantic Way from Ballybunion, Co Kerry, to Clifden, Co Galway, over three consecutive days.

Kerry McLaverty, CEO of LauraLynn Children’s Hospice, said: “We are humbled by the continued support shown to LauraLynn by one of our closest neighbours, Microsoft Ireland. This is the ninth consecutive year that Microsoft employees have come out in force to fundraise for LauraLynn, and we are so thankful for their support. The generosity and commitment shown by the Microsoft Ireland team, year in and year out, has made a huge difference for children with life-limiting conditions and this year’s funds will ensure the continued delivery of vital hospice services to children and families across the country.”

James O’Connor, Microsoft Ireland Site Leader and Vice President of Microsoft International Operations, said: “Our team at Microsoft Ireland continue to be inspired by the work undertaken by LauraLynn as it provides vital care and support to children and their families across Ireland. That’s why our employees once again organised a month-long fundraising challenge this autumn to raise much needed funds.  Over 100 cyclists and support crew cycled 350km from Ballybunion to Clifden, while others played their part by walking, running and swimming.

Since 2014, we have enjoyed a close relationship with the charity and raised over €840,000 in vital funds to empower LauraLynn to provide palliative care and supports to children with life-limiting conditions. We are very proud of all our employees for achieving such an incredible fundraising milestone.”