In the last few months of Muireann’s life, her world got smaller. 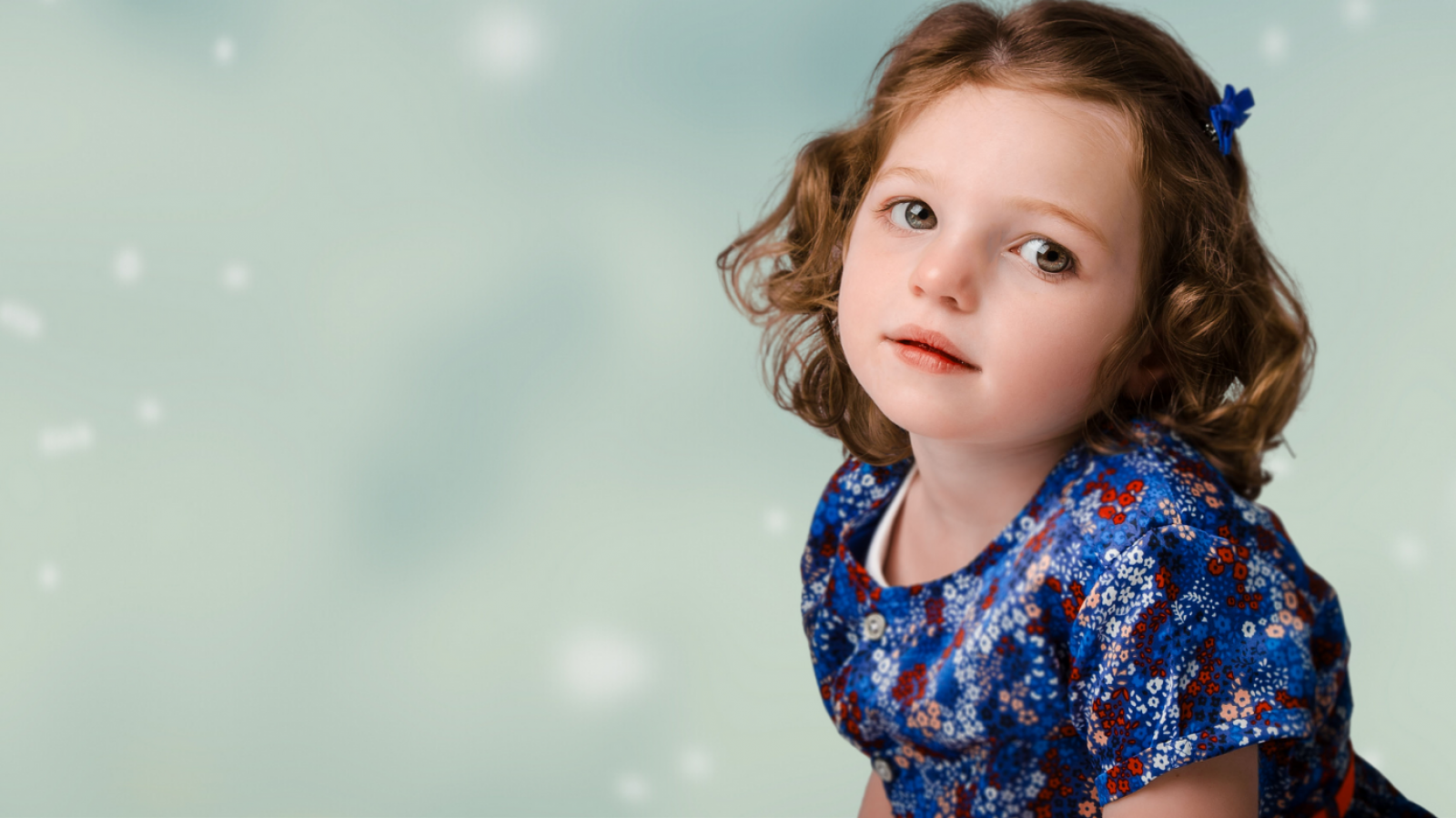 I used to always say having Muireann was like having a little angel in the making.

She was such a loveable child, she never had a bad thought in her head. She loved snuggles and kisses.

Muireann was born on the 30th of December, and we were able to bring her home on New Year’s Eve. She was small, but she seemed healthy.

It didn’t take long for us to notice things weren’t quite right with Muireann. She was a small feeder. I could feel a soft spot in her head that I was assured was nothing to worry about. And we noticed she wasn’t able to focus on things.

The doctors couldn’t find anything wrong with her eyes. So they ordered tests. In the meantime, we were given exercises to do with Muireann to try and get her to focus. I started wrapping all her toys in tin foil to get a reflection going.

It was like somebody had switched on a light. Muireann started looking at things. She could see!

After a year of what seemed like endless tests, we got a diagnosis. The part of Muireann’s brain responsible for balance and movement was underdeveloped. She’d never be able to walk, talk, or feed herself.

The sensory room was Muireann’s favourite place. In the sensory bath, she could feel the warm water on her. She’d watch the lights dancing on the walls and ceiling. And she’d listen to the children’s songs playing in the background.

As soon as we’d enter LauraLynn, Muireann would stick out her tongue, and her hands would go up. She loved it there. 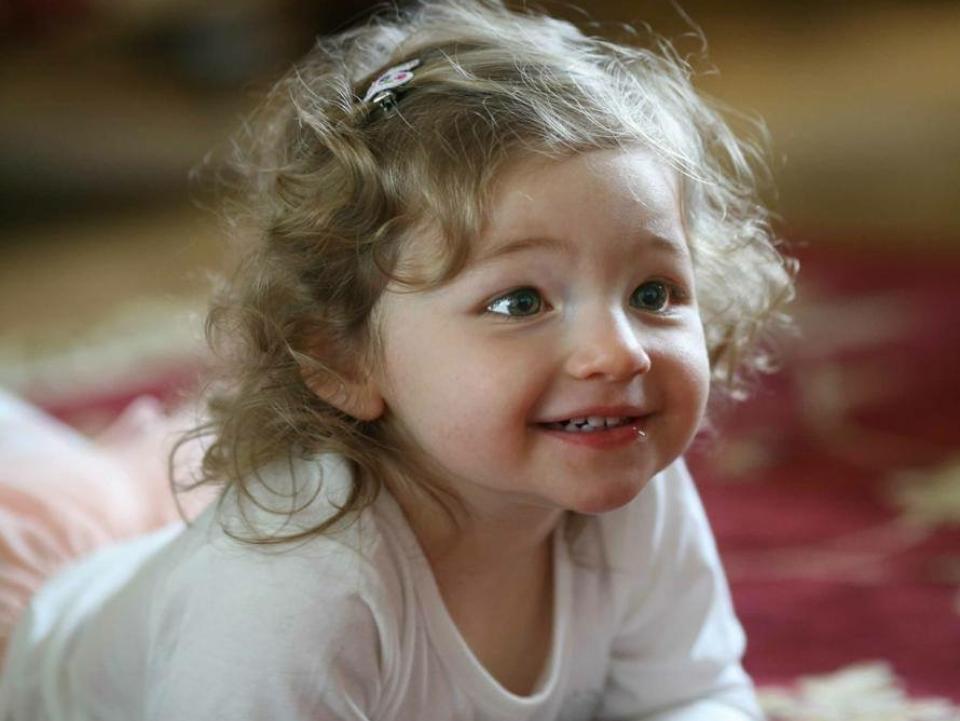 Muireann loved her siblings, she adored them. She’d snuggled in with the boys on the couch. And she loved putting her hands through Sadhbh’s hair. They always knew how to make her laugh. Muireann had the most fabulous laugh. We have a Darth Vader helmet that makes the Darth Vader sound. They’d play that for her and she’d go absolutely hysterical.

My children loved being in LauraLynn together. They made so many arts and crafts while they were there. Mugs and cards and pictures with their fingerprints that are treasures to us now. My husband and I would watch them as they smeared paint on their hands and giggle and have fun together.

I’m grateful that Muireann got to experience LauraLynn. She was loved and looked after by the nurses there. And they made every effort to find out what Muireann loved, so that every moment she had in LauraLynn was special and memorable.

In the last few months of Muireann’s life, her world got smaller. She craved the comfort of her cot bed.

A visit to the doctor led to a trip to the A & E. That’s when I was told Muireann was dying. She had one week, maybe two.

Our house filled up after that. Everyone wanted to hold Muireann, mind her, and have their final moments with her.

When we found out Muireann was dying, we wanted to involve our children. The play therapist in LauraLynn said if they didn’t feel they could talk to Muireann, they could write her a letter. So each of them wrote their letters and brought them into Muireann one by one.

The letters allowed them to say goodbye to their baby sister properly. It was so important for them, and it was important for me and my husband.

That’s the thing about LauraLynn. They didn’t just see Muireann. They saw our whole family. They saw her brothers and sisters. They treated us as a family. 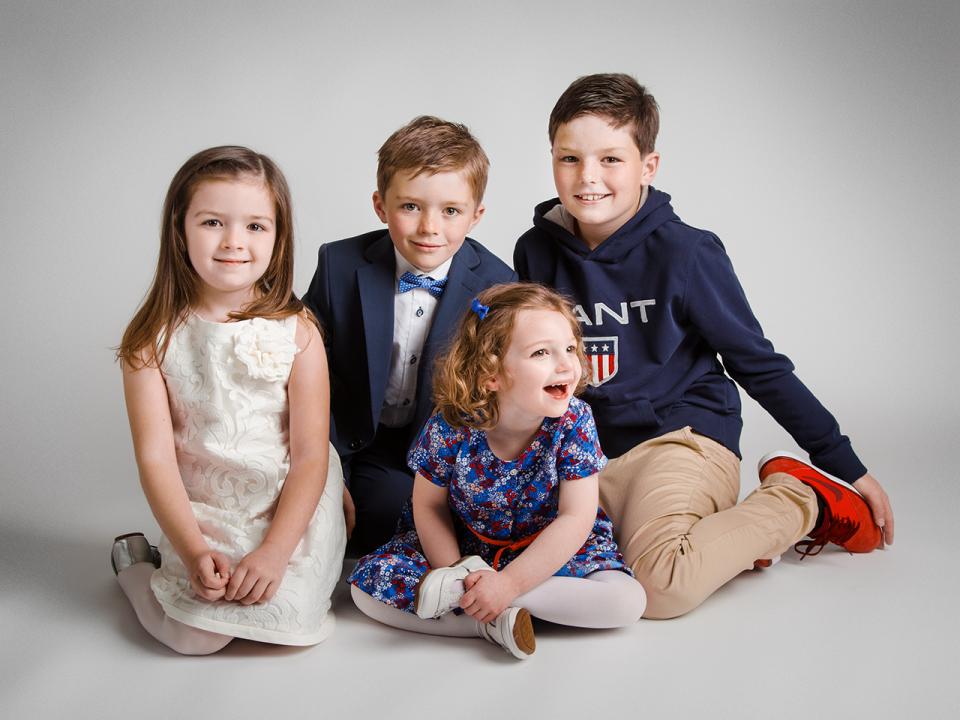 One morning, she barely woke up. I could see she was in pain, so I gave her some medication. As I held Muireann, my husband at my side, we watched our little girl take her last breath.

She could’ve been sleeping in my arms, she looked so peaceful.

LauraLynn helped us with the funeral. We played songs Muireann would’ve heard and loved in LauraLynn. They had become our favourite songs too. And they suggested to my children to put in little things of theirs in Muireann’s casket, so she’d always have a part of them with her.

This Christmas will mark five and a half years since Muireann left us. That’s exactly the amount of time we had her.

And still, LauraLynn are with us. We’ve attended bereavement gatherings and have met and talked to other families who’ve lost a child.

My children still love the Christmas parties in LauraLynn, with all the choirs and the dancing and the singing. And their memories of being there with Muireann still make them smile.